Specifically, Mongolia started to export the organic fertilizer made of sheep wool to Europe. https://mongolianeconomy.mn/en/evolution-of-fertilizers-will-start-from-mongolia/

Prior to the New Years, a unique event took place in the Mongolian economy and business world. Specifically, Mongolia started to export the organic fertilizer made of sheep wool to Europe. Perhaps due to institutions being busy due to their preparations for the New Year, or them being more concerned with political scandals, only one news organization had reportage on this. Even more so than the discovery of a new field like Oyu Tolgoi as it is an event that contributes significantly to the state’s agriculture and food production. 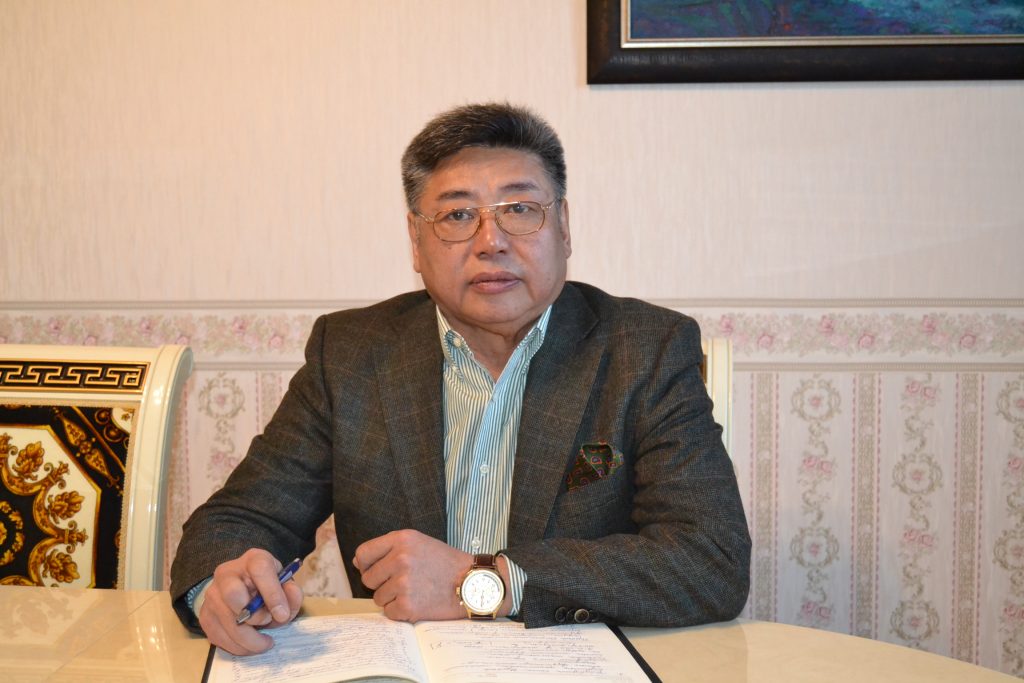 Research for the wool fiber started in Germany in the early 1990s. The government of the country invested millions of euros and studied it for over 20 years. As a result, the first experimental factory was constructed in Lauchhammer city in 2013, and released its products to the market. However, the project faced its second difficulty. Germany and Austria combined have around two million sheep combined meaning that the factory could not meet its market demands. At that time, the news of the wool fertilizer reached the ears of B.Tsogbadrakh and without losing time, he contacted the Germans. At the time Mongolia had 25 million heads of sheep and produced 40 million sheep per annum. Making the initiative to supply the raw materials, the know how of the sheep wool fertilizer made its first steps in Mongolia.

Still, it was impossible to bring the technology into Mongolia as it as and a version of it that is suitable for the country has to be constructed. Therefore, a complete factory machinery and equipment had to be ordered from Germany.

As a result many different types of studies, research and discussions took place. The Mongolian sheep wool was sent to be evaluated in Germany six times, finally getting the “premium quality” label. The German side was persuaded that it is beneficial to construct a Mongol sheep wool factory and thus, a deal was made in 2016 to have it supplied at least for the next five years. Mongolia, a country that does not export livestock products due to the threat of diseases got the door to export sheep wool fertilizer opened.

Later on, the 30 percent investment deal was signed with the Development Bank of Mongolia, partnerships were established with government organizations, and while navigating through the bureaucratic swamp, the first export was finally made in the end of 2019.

For any plant to grow, there is nitrogen, phosphorus, potassium and other microelements needed in the soil to provide them with enough nutrients. However, the constant usage of such fertilizers makes the soil acidic and over time the quality of the produce degrades. The chemicals used such as pesticides and for plant disease prevention leave a certain amount of its trace in the soil. Due to reasons as such, developing countries are increasing the requirements they have for soil quality. 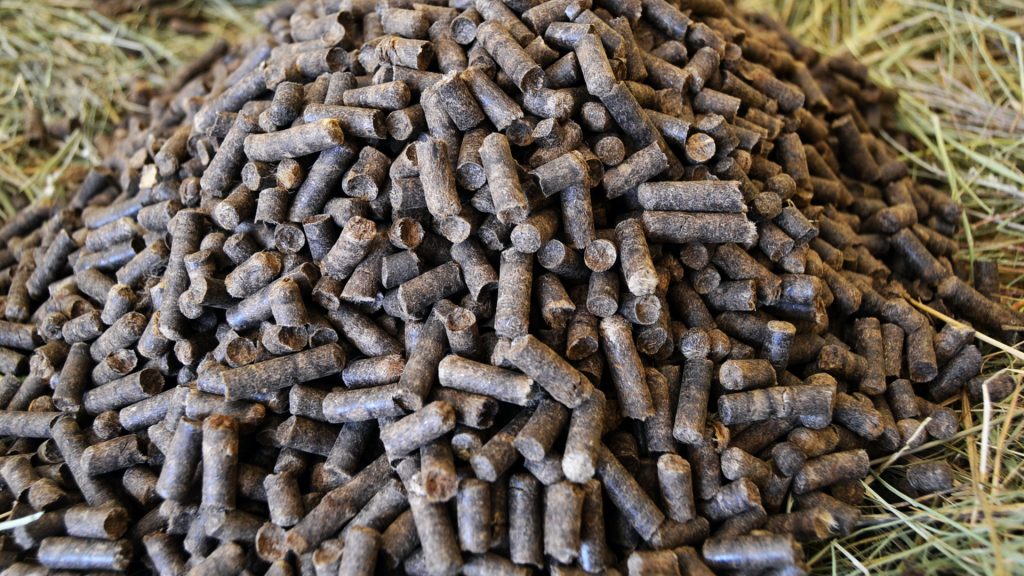 As for Mongolia’s case in 20115, over 60 percent of the 700,000 hectares of total land have been subject to soil erosion and about 2.1 to 3 percent of mummification that is supposed to be present is only 1 to 1.9 percent in 70 percent of the area. The most soil-friendly fertilizers are organic ones made from animal manure, plantain, bird droppings, etc. However, these fertilizers can be used in large amounts in agriculture.

Monpellets factory buys around 2000 tons of wool from herders annually. During this process it is not necessary to sort the fiber in length and width. Even waste wool can become the raw material. This allows for the herders to put a price tag on their wool.

On the contrary, wool fertilizers can contain up to 10 percent nitrogen, six percent potassium, and absorb water 3.5 times its weight due to its fluffiness. In other words, it plays the role of a micro-hydro accumulator that collects water during high humidity and irrigates the soil during drought. The soil is mulched with air when it shrinks and it supplies water. In doing so, the plants are not cut off of water for 10 months and over hydration is out of the equation as well.

The production of bio sheep fiber fertilizers do not use water at all and has the potential to grow into the best fertilizer for humanity.

B.Tsogbadrakh chose the alternative path and is seeing the business more from a nationalist point of view. He is putting the stepping stones for government agendas such as “national security”, “public health”, “quality produce”, and “childrens’ future”.

Every corner of the world is talking about sustainable development. The water consumption in humans have exceeded and 40 percent of the global population will be lacking clean water by 2030 according to the UN. In industrialization and agriculture, water is used by large amounts. For instance, it takes 1000 litres of water to grow a kilogram of potatoes, 1450 litres for a kilogram of wheat, 4600 litres of water for a kilogram of chicken, and 42,500 liters offor a kilogram of water. The production of bio sheep fiber fertilizers do not use water at all and has the potential to grow into the best fertilizer for humanity. 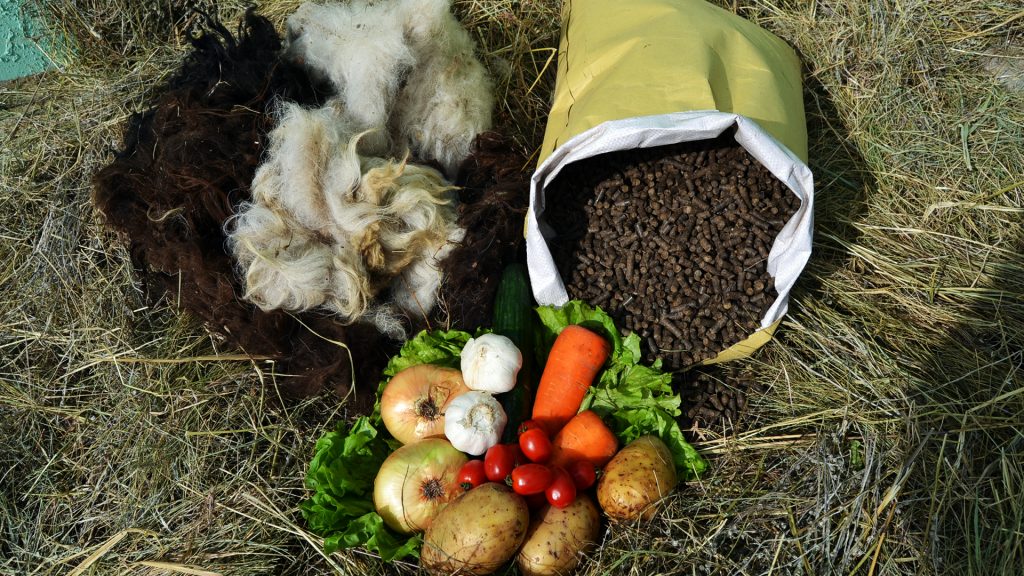 In addition to the product that Monpellets makes, their factory located 20kms from Nalaikh District is also an example of eco-friendliness as well. B.Tsogbadrakh refused to burn coal and dig a hole in the ground to sort out the heating and waste management of the employees. Despite the expenses, he brought in energy efficient, low pressure heating from Europe and installed it in the factory. The factory also has one of the only two water treatment plants in the country installed under their parking cement floor. Such solutions make the factory waste free.

As the demand for organic-fertilizers continue to grow around the world, Mongolia is opening the door to becoming a major player in the fertilizer market by utilizing the innovative technology of wool fertilizers with the abundant supply of wool. In doing so, Mongolia’s agriculture gains the potential to become a large base in the global organic food sector.

Fertilizers made from 100 percent Mongolian sheep wool have a bright future ahead. In 2019, B.Tsogbadrakh was invited as a speaker at major organic farming events in Germany and China. There, he announced that Mongolia had started producing organic fertilizers for the first time in Asia. On January 17, he participated in the International Green Week Berlin 2020, an event that brings together more than 3000 journalists, 1800 organizations, and 100,000 products from 75 different countries in the world. Information and news regarding the event were published in 19,600 publications. There, the Mongolian sheep wool organic fertilizer was introduced to the world for the first time.