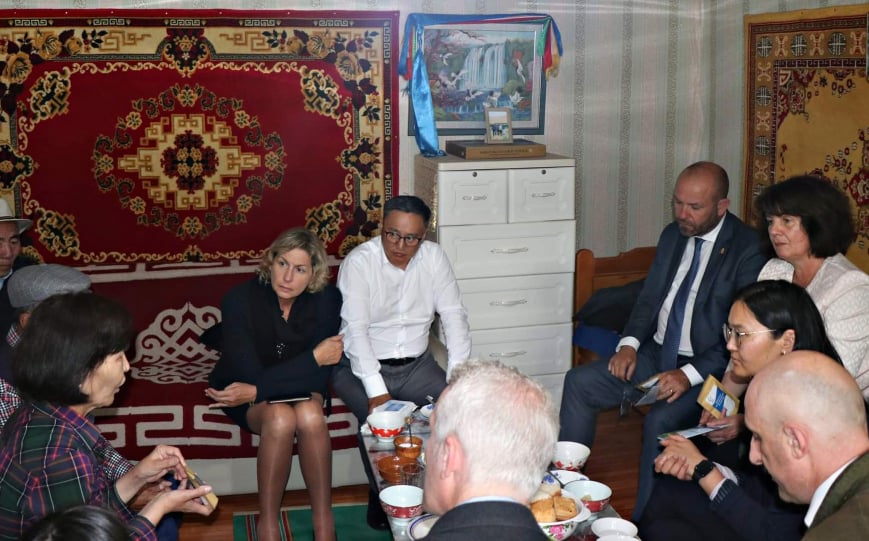 At the invitation of J.Chinburen, Chairman of the Mongolian-French Friendship Group in the Parliament, on the first day of the official visit of the senators headed by Nathalie Delattre Vice-présidente du@Senat , Sénatrice de la Gironde, Conseillère

"Organic fertilizer made from Mongolian sheep wool on the world market"

J.Chinburen, Member of Parliament, and L.Ariunchimeg, Project Manager of Monpellets LLC, invited a woman who makes sheep wool fertilizer to the French Senate. L.Ariunchimeg gave the senators a sample of their bio-fertilizer and introduced the advantages and importance of their products.

Since its establishment in 2016, it has been studying the German experience in the production of compost from sheep's wool, and samples have been sent to Germany, which is world-renowned for its production, to test the quality of Mongolian sheep's wool. The plant was built and commissioned in 2018, as it was concluded that the nitrogen and potassium content of Mongolian sheep wool is much better than German wool.

Delegates said that composting with sheep's wool is much better than making wool products with many other steps. They asked if it would be possible to support the export of Mongolian products to the rest of the world, including France.